Haystack Rock is one of Oregon’s most recognizable landmarks and home to colorful tidepools and diverse bird life.  It is part of the Oregon Islands National Wildlife Refuge and is a State protected Marine Garden.

By our estimates over 200,000 people visit Haystack Rock every year, mostly during the summer months when the tidepools are teeming and the nesting seabirds, proudly showing off breeding plumage, are busy introducing little ones into the world.  Haystack Rock is protected under U.S. Fish and Wildlife Service as a seabird nesting colony and under Oregon Department of Fish and Wildlife as a Marine Garden.

Located at Cannon Beach on the North coast of Oregon, Haystack Rock is a unique monolith that attracts wildlife and tourists alike.  The Rock is home to nesting seabirds in the summer and marine invertebrates all year.  Tidepool seekers are beckoned by its wonders every day.

Rising 235 feet (72 meters) from the edge of the shoreline, Haystack Rock is part of the Oregon Coast’s geological history, formed millions of year ago by lava flows that created many of the dramatic capes and headlands along the coast.

At low tide, walk right up to it and find colorful sea stars and other fascinating tidepool creatures. Many varieties of birds can also be seen year-round. 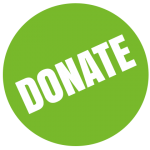